Who Needs an Online Business?

Who Needs an Online Business?

I have a friend who works in the retirement financial planning business.

For the last few years we’ve been discussing the grim social and financial realities that we baby boomers are looking at.

I’ve been saying for many years, “Millions of people need an online income, but just don’t know it yet.” 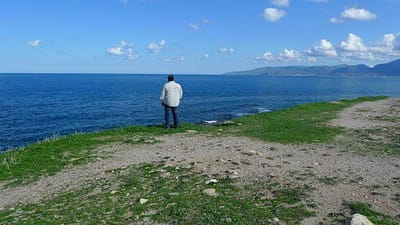 Then a Global Pandemic Hit

As I write this, like you, I’m one of 3.9 billion people worldwide who has been asked or ordered to stay at home.

Right now the US has over 30 million people who have applied for unemployment. Some of them will never be invited to return to work.

Here’s why. When a company has a crisis and lays off 1,000 people the crisis never disappears over a weekend so everyone gets called back on Monday.

Instead, when things improve maybe 600 of them get called back to work first. Then later 150 come back to work. Then eventually another 100.

But before a company brings back those last 150 people they take a very close look at how many of them they really need. How many of them are expensive? How many are older and could be replaced with a younger, cheaper employee?

The 2008 bailout was $700-billion, some of which was paid back. Banks were bailed out with another trillion dollars and a lot of that was paid back. (I don’t want to get into the dishonest accounting the government uses and how the total bailout was likely much more and less was paid back.)

Unemployment peaked in December of 2008 at about 11 million. (Again, using government statistics which always use monkey math.)

But here’s where we are already in this pandemic crisis :

Look, I’m a very positive person. But I’m also a realist. This situation is what it is. The numbers speak for themselves and it would be hard to find a single metric right now that is better than the Global Financial Crisis of 2008.

My email inbox is crammed with messages from people I haven’t heard from in two or three years. There are even more who are contacting me for the first time. Luckily, Connie and I have more time on our hands to work with people.

Why are they emailing me?   Because now it’s obvious they need a Plan B. And the best Plan B I know of is to get something started online that will generate an income for you. Grow it. Turn it into a business that makes 200% more income than you need. (Here are some online consulting business ideas.)

Who needs an online business? Right now I guess about a billion people do. (Don’t worry, 99.9% will procrastinate, so you can get the jump on them.)

None of us can fix the world, but all of us have the ability to fix our own lives as it relates to our financial independence and resilience.

Want to know more about our videos and courses?

Success! Now check your email to confirm your subscription.

Previous Post
Let’s Talk: Using This Opportunity to Choose Your Own Online Business
Next Post
Learning Minimalism By World Travel
PETE, I NEED YOUR HELP
CONNIE, I NEED SEO ADVICE